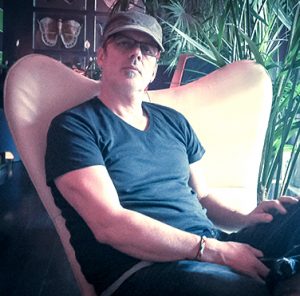 In 2019 he scored the new award-winning stage play adaption of ‘Life of Pi’ for The Crucible Theatre, Sheffield, UK – Directed by Max Webster. The play adapted by Lolita Chakrabarti, is running in London’s West-End at the Wyndham Theatre opening there in November 2021. He is currently scoring Henry V starring Kit Harrington at London’s Donmar Warehouse opening in Feb 2022.

His music often fuses orchestral with folk and traditional elements of music from the film’s region. His most recent films are multiple National Award-winning ‘Hamid’ by Aijaz Khan, the Marathi feature ‘Raakshas’ by Dnyanesh Zoting, ‘The Music Teacher’ by Sarthak Das Gupta as well as ‘Long Live Brij Mohan’ by Nikhil Bhat. Andrew also scored Sturla Gunnarsson’s feature doc ‘Monsoon’ which premiered at the Toronto International Film Festival 2014 and won the Peoples Choice Award for the best Canadian Film of 2014. In 2015 he scored Katherine Kingland’s feature documentary ‘In Rajasthan’ which has gone on to win awards around the festival circuit.

His debut feature score for the film ‘Little Box Of Sweets’ by writer/director Meneka Das won the Grand Jury Award for Best Music at The South Asian International Film Festival of New York in 2008. He has also produced several films including the award winning short ‘La Lune Folle’ distributed by Shorts TV and streaming on Prime in the UK & US and 2021’s ‘We’ve Only Just Begun” also by Meneka Das and as a producer is developing a slate of feature projects.

He is the Director of India’s first ever Composers Lab which started in 2013 as part Mumbai Film Festival in association with Abbey Road, PRS for Music UK and supported by BMI. He also co-curates Song Writing Camps in India and the UK and has worked alongside the likes of BMI and APRA.