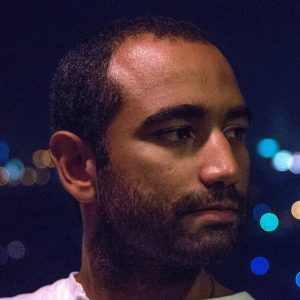 Zain began his career as an artist manager and gig programmer for a couple of years with venue and promoter (respectively) Blue Frog and OML, working closely with artists like ‘Megadeth,’ ‘Nitin Sawhney,’ ‘Imogen Heap,’ ‘T-Pain’ and many others.

Now freelancing as a music producer, Zain composes his own music under the stage name of ‘Bulli Bainbridge,’ plus he produces, engineers, and mixes independent musicians such as ‘Short Round,’ ‘Spud In The Box,’ ‘Raghav Meattle’ and others.

Zain also composes and produces music for ads and short films along with his partner, Sid Talwar, as ‘Horse Garden Productions.’ They’ve worked with several brands such as Amul, TBZ, Sula, Bajaj, Housing.com and many others. Zain’s and Horse Garden Productions’ work has also been featured in various periodicals like Rolling Stone, The Quint, DNA, NDTV, Buzzfeed etc.