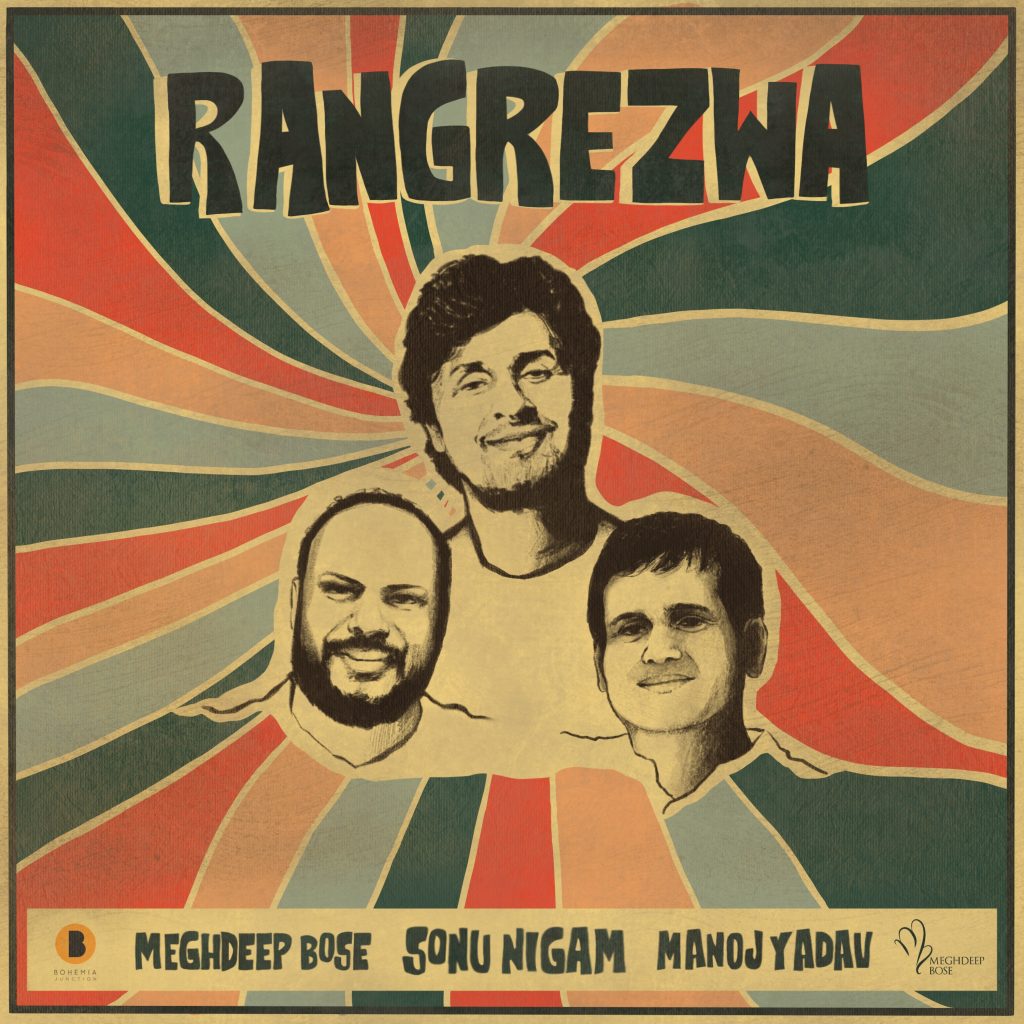 Meghdeep shared his story behind this exciting new release.

“My recent venture into independent music is fuelled by my zeal to showcase Indian Classical Music on a Global platform.  Since ‘Maine Dekha Hai’ (My first independent single ft. Pratibha Singh Baghel released in 2020) I’ve been making efforts to present Indian Music with a modern & globally recognizable production. ‘Rangrezwa’ for me is no exception.

Music, in my belief, is divine and has tremendous power & potential to touch uncountable lives. The world had turned into a ‘not so happy place’ for millions of people during the pandemic and I therefore wanted to do my bit by spreading happiness and invoking happy memories through my music.

I believe that Indian Film Music was uniquely rich in the decade of 80s especially when the disco-dance genre was introduced to the Indian masses and that there could have been much more done in that territory.

‘Rangrezwa’ is an effort to present those retro-disco-sensibilities in a modern day production and rustic sufi lyrics –  It is my hope that the song pleases the ‘taste buds’ of a wide range of audiences across the globe & age groups.

With my personal initiative and goal to make Indian Classical based music that could transport the listeners through various eras, I couldn’t have done it without India’s legendary voices being on-board.

Sonu Nigam ji was an obvious choice for this track – bringing years of experience but also that ongoing youthfulness that he exudes. I was also fortunate to have Udit Narayan ji earlier this year on my song dedicated to Lord Ganesha.

Coke Studio’s ‘Madari’ fame, Manoj Yadav has a superbly unique style of moulding profoundness into the simplest of words. ‘Boonda Baandi’ (ft. Shekhar Ravjiani) was a successful collaboration and I felt that incorporating Manoj ji’s lyrical style in an absolutely contrasting track would be a great experiment.

The track features a host of great performers including the famous Bombay Strings (some of whom played on those disco infused Bappi Lahiri tracks),  Aditya Shankar on Electric guitars, Ralph Menezes on Bass Guitar,  Andrew McGuinness the MD of the Baltic Soul Orchestra on Drums recorded in London and Alwyn Jeya Paul on Latin Percussion.  Collaboration is king and my bringing in these great players I feel I have achieved a convincing retro Live feel”

The song is backed by a quirky 70’s inspired animated video by talented young Indian filmmaker and photographer Ronak Parmar.