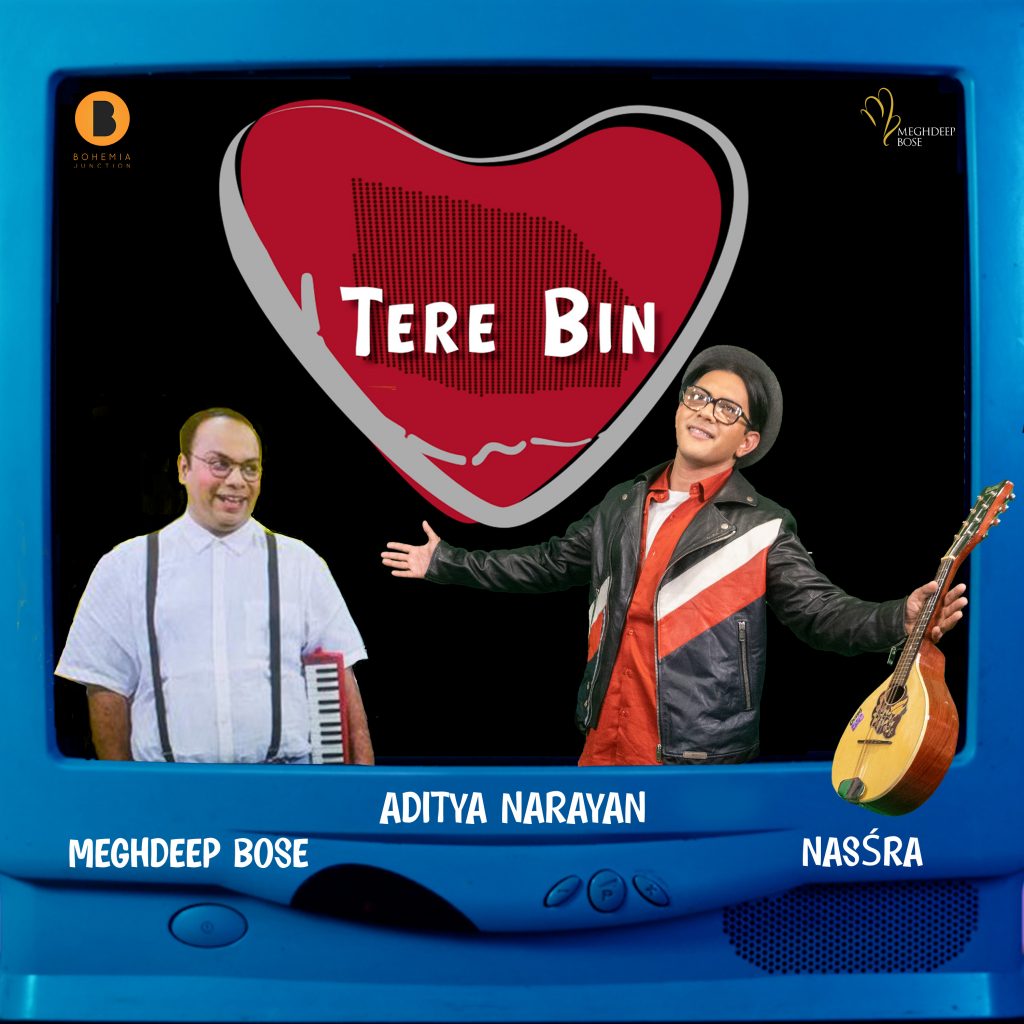 Meghdeep Bose’s next international release ‘Tere Bin’ featuring Aditya Narayan, is a tribute to the music of 90’s Bollywood.

Led by a simple melody cushioned by lush music arrangements from the 90s retro era the track is complimented by the lyrics written by Nasśra.

Tere Bin portrays a sonic & musical amalgamation that draws its essence from composers to likes of Jatin-Lalit, Nadeem-Shravan and Viju Shah.

Featuring the Cochin Strings Ensemble along with Indian Rhythms & Percussions Maestros Girish Vishwa, Hafiz Khan & Pratap Rath: the song promises to take you on a journey into 90s Bollywood, from the romantic landscapes of Yash Raj Films to the grand sets of Dharma Films.

Watch the fabulous video directed by Aditya himself!